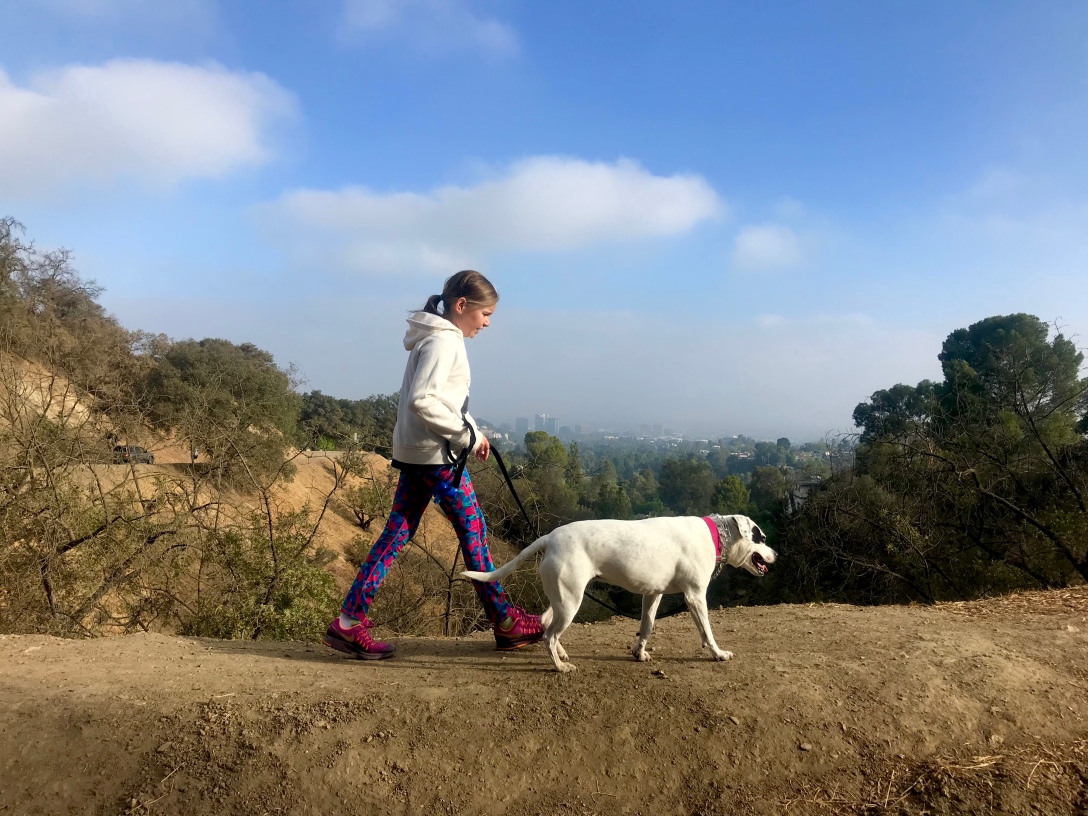 My oldest was off from school yesterday so we went on a hike together. I don’t take for granted that she, number one CAN do a one hour hike with me at my pace and two, is WILLING to do it.  At a time when I’m hearing many moms complain about their daughter’s attitude and have witnessed the nasty back talk I am incredibly grateful for my relationship with my daughter.  I wish my experience was more the norm but I think we are culturally set up to expect and accept the teen age years as a horrible time.

When I stop and notice “how good I have it” with P I instantly think back to two particular  conversations I had with two different moms at Starbucks years ago. P was a toddler at the time. Sitting together for coffee and milk was an almost daily routine where she had me for one on one face time and games. It was my sanity as I tried to recreate coffee with friends, as best possible with a toddler,  that I had lost when we moved to a new part of town and I became a mother.

On one of these coffee/milk dates I noticed a mom doing the same thing with her teenage daughter. Her TEENAGE daughter!  They were talking, laughing, sharing like friends. No brooding, no attitude, no eye-rolls, no standard mother-daughter interactions.  It was so impactful to me that I went over and asked her what had she done that worked so marvelously. She said “I give them my focus and treat them as I would like to be treated.” So simple right?  She continued “What you are doing right now, I’ve noticed you too, is exactly what I did. Keep going.”

On another coffee outing months later I again noticed another enviable mother-daughter interaction. Working off the confidence from my first approach I asked this second mother her secret for such a lovely relationship.  She said “It has it’s ups and downs like all relationships but yes, I have a lovely relationship with my daughter.” She second the thoughts of the first mother and added “The tone you are setting right now with yours will last the rest of her life, specially the teenage years.  Keep giving her respect and attention and you will get it in return.”

I can remember both conversations clearly, as if we had just had them because their words were gold.  I was at the phase with P where I could utilize their advice instantly and I had the positive evidence of their strategy right in front of me.  These weren’t fake interactions. They didn’t even know they were being watched.  These mothers and daughters had a sincere love and RESPECT for one another.

So here I am now with a tween on a hike laughing, talking, no eye rolls, no attitude, no brooding.  I’m still doing it and I thank these two moms for their guidance wherever they and their daughters may be in the world.  I’m also still going out for coffee and now matcha lattes with P. Not on an almost daily basis anymore, our schedules have gotten more complicated, but definitely a few times a week.