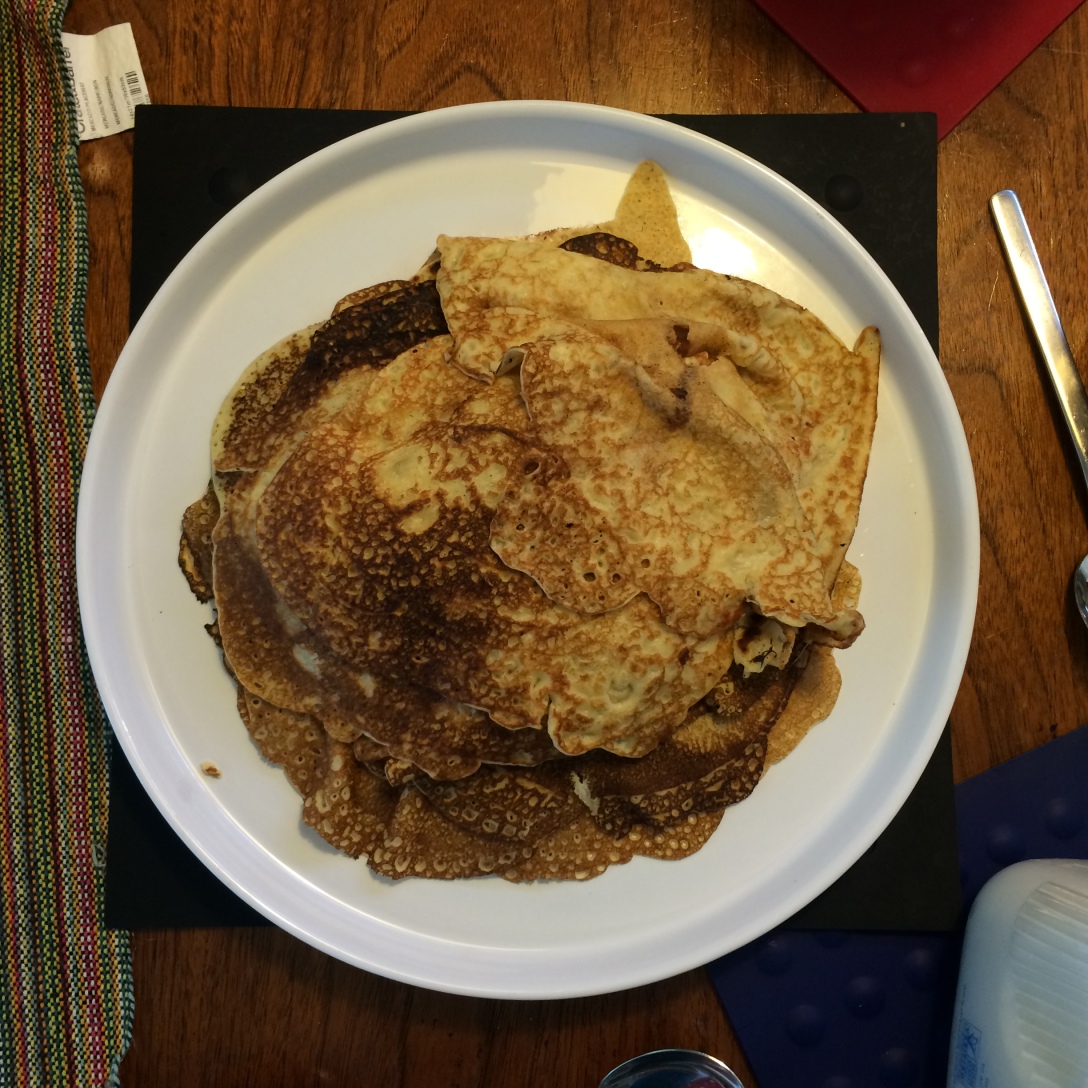 For 8 years I have endured dropped eggs, spilled milk, flour fiascos, blenders turned on without the lid on, pots and pans all over the kitchen floor, my favorite pans burned beyond use and so many other disasters all in the hope of teaching my girls a skill: cooking.

On the last morning of 2015 I was compensated!  I woke up tired and was moving slow.  Both girls were asking for breakfast. I promised to get out of bed. Two minutes later P came in with a Martha Stewart cookbook and asked if I could help her find the recipe for crepes. I guided her through the index.  Ten minutes later I started meandering to the kitchen but was blocked by G who said I couldn’t come out until I was called.

I stayed in bed. I felt a little nervous. Then again, I’ve spent 8 years teaching my girls every aspect of a kitchen from knives to hot oil. Finally they called, they covered my eyes and guided me to the dining table. What I found waiting brought me to tears. 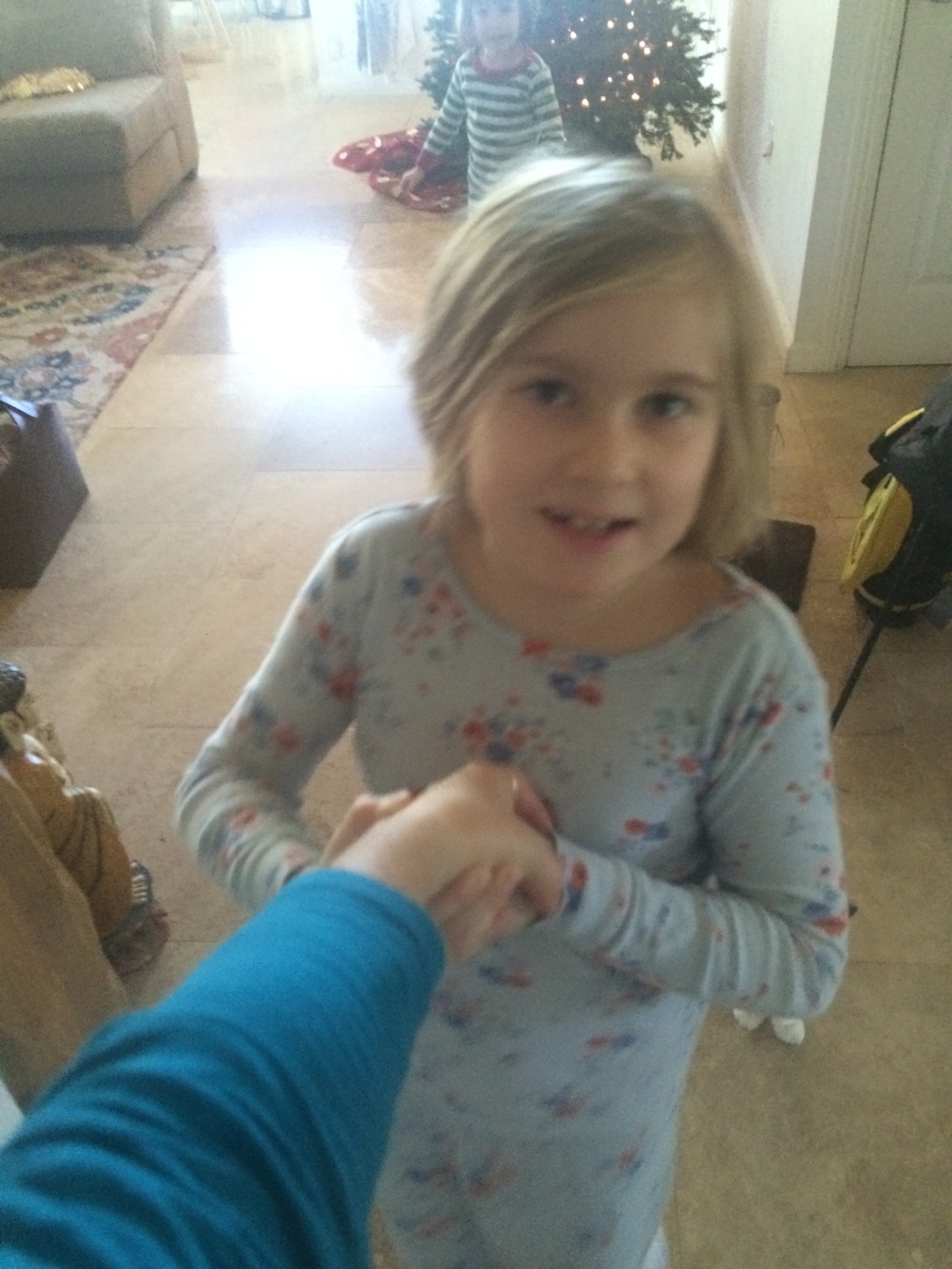 The girls made crepes…FROM SCRATCH. They made my French press coffee PERFECTLY! They set the table properly and complete with Nutella and cut lemons with powered sugar.  My 8 and 3 year olds made crepes!  It’s amazing! The following morning they repeated the process for their dad and added vanilla whipped creme again from scratch, just like I make it! 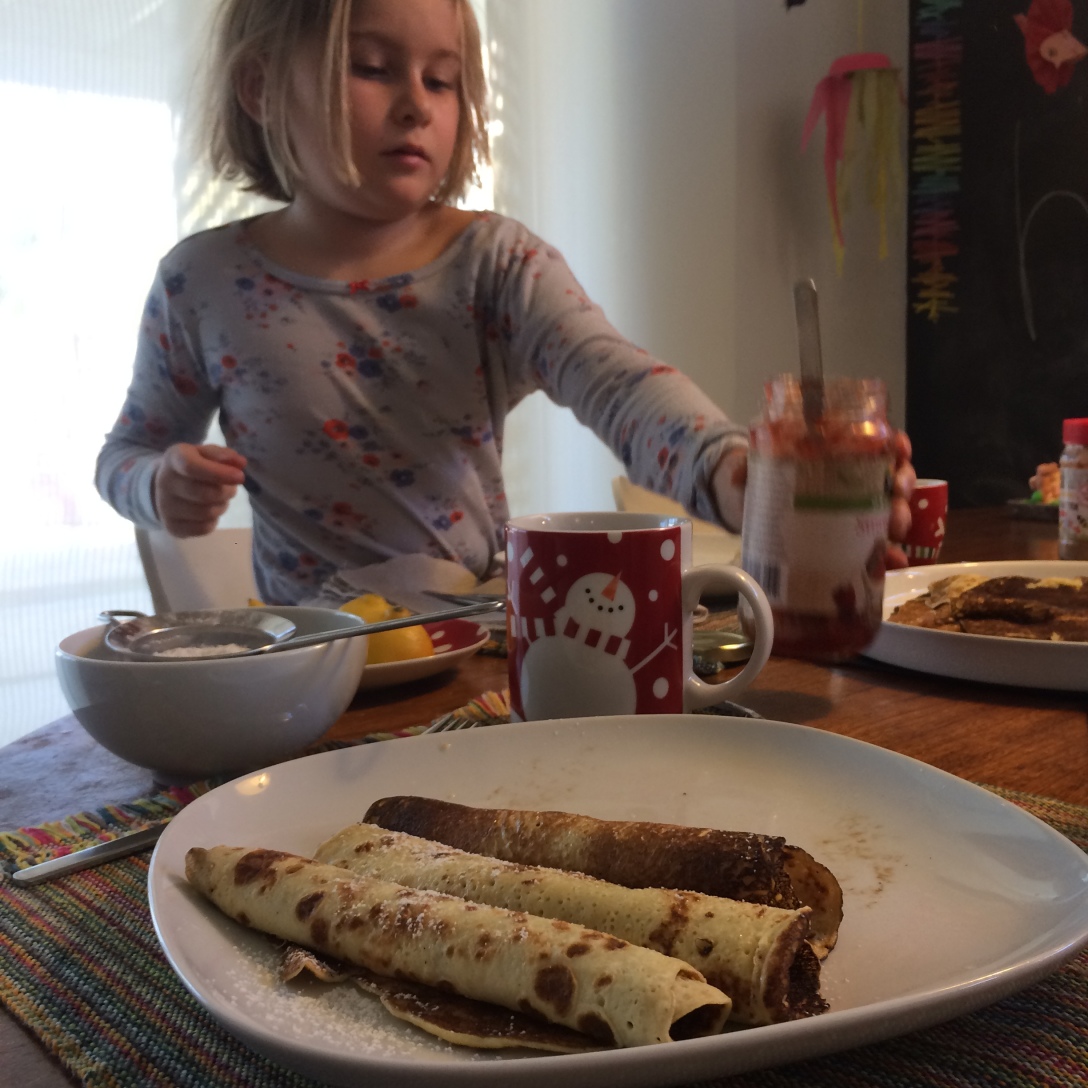 I’m proud and thrilled and in awe. I started looking through old photos. I wanted to see some of those previously mentioned cooking experiences. I don’t think I captured any of the disasters. Who can take a picture with that kind of chaos? But in hindsight none of it seems that bad anymore. Just part of a process and development which has brought them to cooking crepes on their own.

Here is part of the journey:

This is P. It took me about 3 months to get back into the kitchen after her birth. I was overwhelmed. In those early days, before she became active, I use to put her in the bouncy chair right on the counter. I would cook and talk to her, as if I was doing a cooking show. I walked her though every step. Who knows how much of it sank in. But I vividly remember the first thing I made was a batch of chocolate chip cookies. I considered it our first batch together. I kept one of the cookies in the freezer until earlier this year someone threw it out when cleaning out the freezer. Needless to say I was heart broken.

As she grew I adapted our seating arrangement.

She kept growing and becoming more curious. I made a drawer just for her with no sharp objects. She loved being part of the process. In reality it was her making a mess but it was her contribution.

G came along and my juggle got bigger. The messes got bigger. Again, now in retrospective it’s all been well worth it.

Sometimes they cook together. And sometimes… 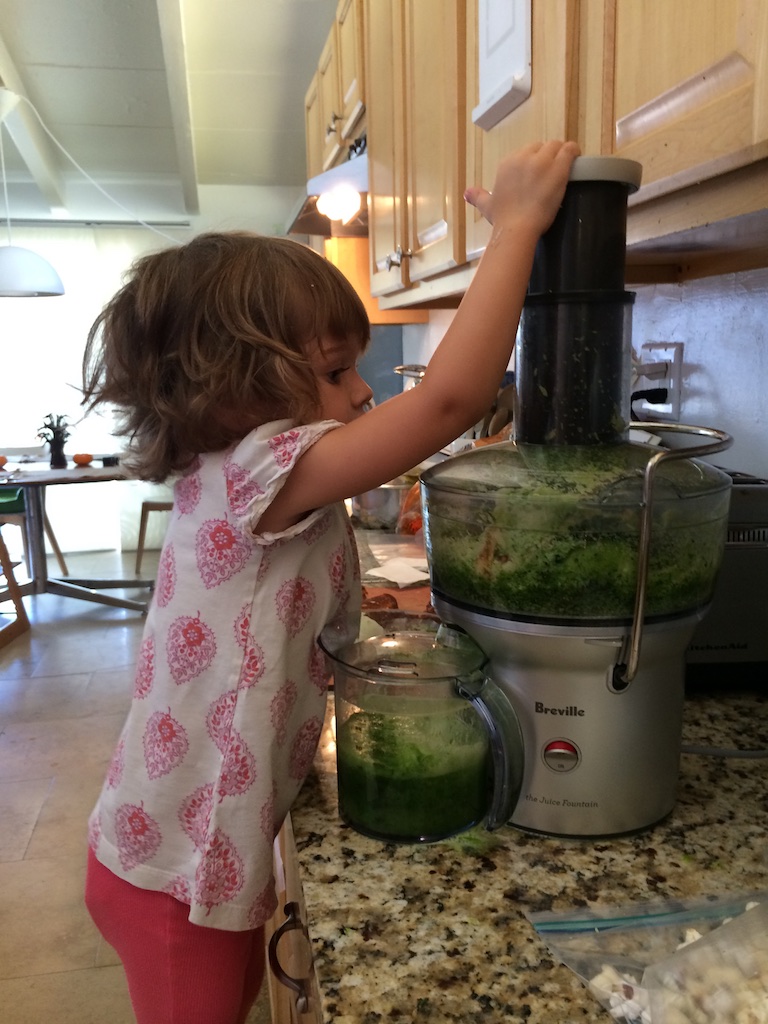 Eight years and we are here!  It’s surreal and again I can’t help to be brought to tears.