I’m so behind in my postings!  But I know years from now I won’t mind that I was late but I would mind if I didn’t do it at all!

Dave’s birthday was last month.  We knew he was going to be working on his birthday. However, he was on for a night shoot so we anticipated he’d be home sometime close to dawn.  Boy were we wrong! He was on set for 27 hours!  He ended up arriving in the evening!  We were all so annoyed!  The fact that he now gets overtime made it better….a little.  We just missed him so much that day!

We did get to celebrate even though the poor man was exhausted.  And Dave got his cake we all made for him. I say all because Annika helped and Gemma was super mellow the entire time I was frosting and baking!  I consider that helping.  We lit some sparklers and then hit the sack! We love our Dave! 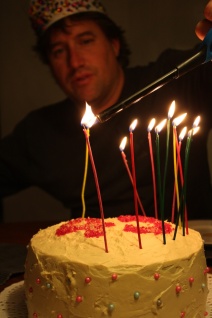 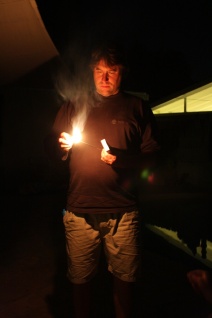