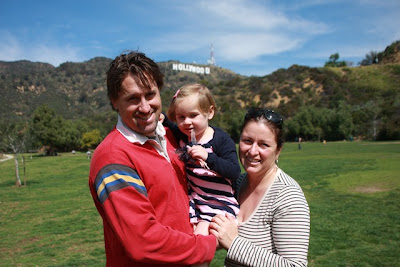 Sometime it takes an out of town guest to appreciate your own city.  I met Oscar 8 years ago on a trip to Beijing.  We’ve been in and out of touch and then thanks to Facebook got more in touch.  Last week he posted he was in San Francisco so I invited him and his wife Jurga to come stay with us. 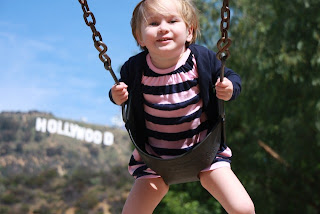 We had a great weekend. On Sunday we did the “Hollywood thing”. We took them to a nice little quiet park with a great view of the Hollywood sign. Lunch was at Mel’s Diner on Sunset Blvd where George Lucas filmed American Grafitti. A film Steven Spielberg just happened to produce.  It doesn’t get more Hollywood history than that!   Then off to Hollywood and Highland to the Kodak Theater, Grauman’s Chinese Theater and the Stars Walk of Fame. 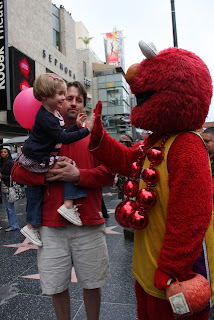 P had a blast with all the street characters. She got into the hand and foot prints on the cement. I must say it took every ounce of energy for me not to pick her up and sanitizer her down. She was having fun and interacting with the entire experience so I reminded myself of something I read where apparently most office spaces are filthier than toilets.  The street should be a little better than that right? 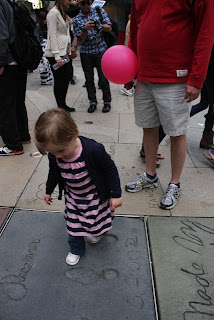 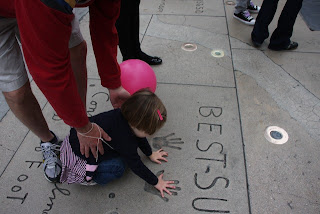 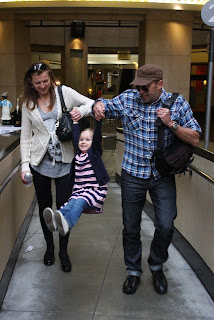 I’m also very happy for the pictures we took with the Hollywood sign. Thanks to Oscar we were able to have one of the three of us together. It’s the kind of thing that should we ever move away from LA we would never think of taking, but they’re such proof of us being here. The day kind of had a vacation feel to it.  Very relaxing!