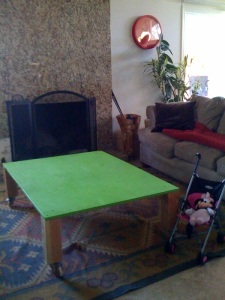 As I mentioned, I’ve had a few rough days with P.


A couple days ago she didn’t want to pick up her toys. After asking several times and in many different ways I finally said “ok, no more toys”.  I picked up everything from her play table and put it away in boxes and bags. I told her if she didn’t help pick up the rest of the toys in the house I was going to give them away.


I believe in consequences. All actions and choices come with consequences.  I think all children (and many adults) need to learn this cause and effect relationship as soon as possible.  It’s not all bad consequences. If you study it equals getting a good grade on the test.


At two, I’m trying to establish this correlation.  Every time I ask P to do something and she’s not doing it I stop and slowly explain to her the options and consequences for each.  I also make sure she understands SHE is making the choice and has the power to chose.


P chose not to pick up the toys. The consequence is that I took them away and put them in our storage room.  A few things have happened since then. First, P is now playing with the books and toys in her room.  Second, instead of needing a castle and three bins of toys she now entertains herself with 5 Littlest Pet Shops.  Third, she is now picking up her toys.  Because she is picking up at the end of the day we are keeping her toys.  However, she can’t play with them until she proves that she is responsible for putting things away.


Every day I tell her she has the power, through her actions, to keep the toys and to play with them.  I know this seems like a lot for a two year old to digest but she is getting it.  I need to explain it in simple terms and show her cause and effect. If I don’t stick to my guns and let her play with the toys then my whole point is gone.


I can’t say its easy but it’s taking effect, little by little and its requiring a hell of a lot of patience. 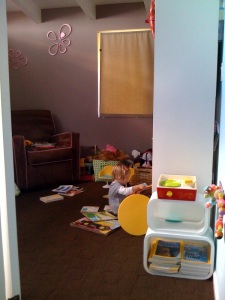